Skip to main content
Center for Sexual and Gender Diversity

As at any school, the story of LGBTQ life at Duke University is intrinsically linked with the historical path of the University, and so it is worthwhile to note the timeline of the institution’s evolution.

1960s: The Age of Arrest
The 1960s were turbulent years in American history.  A younger generation of Americans, including many Duke students, were claiming their stake over the future in the struggle for civil rights and the protests against the Vietnam War. A more silent struggle was occurring in the shadows, as men were arrested for the "crime" of homosexuality, forever changing their lives and disrupting their education.

1970s: The Age of Coming Out
The 1970s witnessed a fundamental shift in the way queer people at Duke and across America chose to fight the forces of intolerance and oppression. At Duke, the “Age of Arrest” was lost to institutional memory and queer students were able to be more open about their LGBTQ identities without the direct fear of arrest or expulsion.

1980s: The Age of the Closet
The visibility and progress of the 1970s gave new hope to the struggle for LGBTQ equality at Duke, but the early 1980s harkened back to a much darker period. Eleven years after the first queer student group was established, the Student Government Association revoked its charter. There was a fear that the group might “promote homosexuality” which was still against state law.

1990s: The Age of the Turn Around
The LGBTQ community made more progress toward equality the 1990s than in the previous three decades combined. The formation of the LGBT Taskforce by President Brodie, the creation of the LGB Center for students, and benefits to same-sex couples all happened during this decade. LGBTQ students, faculty, and staff now had a seat at the table to express their concerns.

2000-Present: The Age of Growth and Vitality
By the start of the new millennium, Duke University had adopted many institutional policies equalizing benefits and prohibiting discrimination against LGBTQ students, faculty, and staff. While the struggle for full LGBTQ acceptance is not over, it is undeniable that the future of LGBTQ equality has never looked so bright at Duke and beyond.

Hear excerpts from an interview with Joyce Clements (left) and Susan Robinson on their experiences at Duke.

Hear excerpts from an interview with Duke alum and current Dean of Students, Sue Wasiolek. 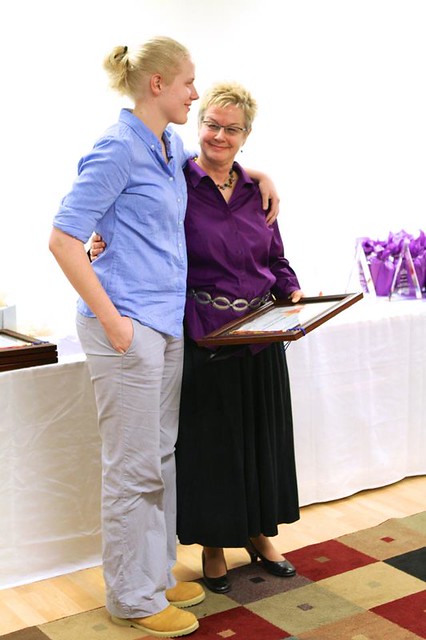 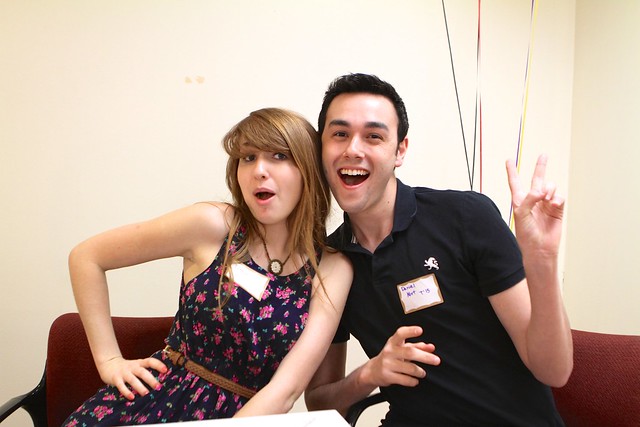 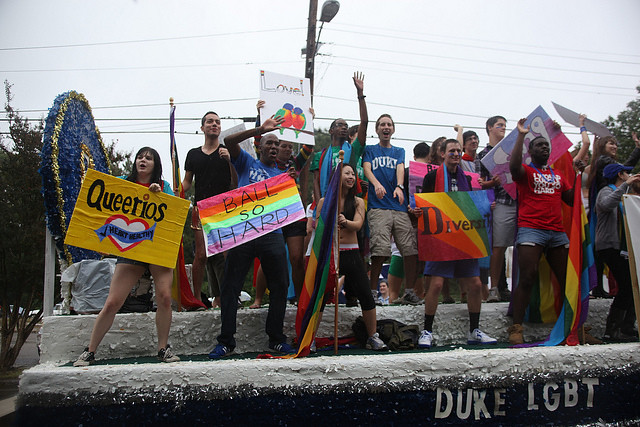 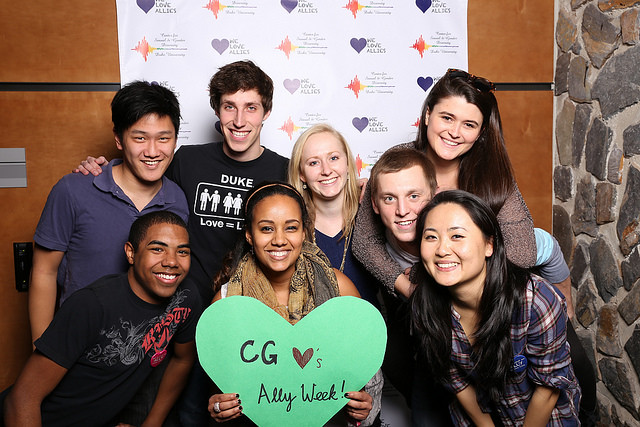 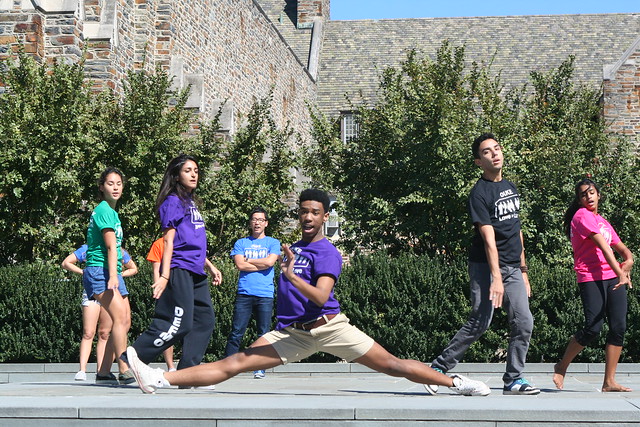